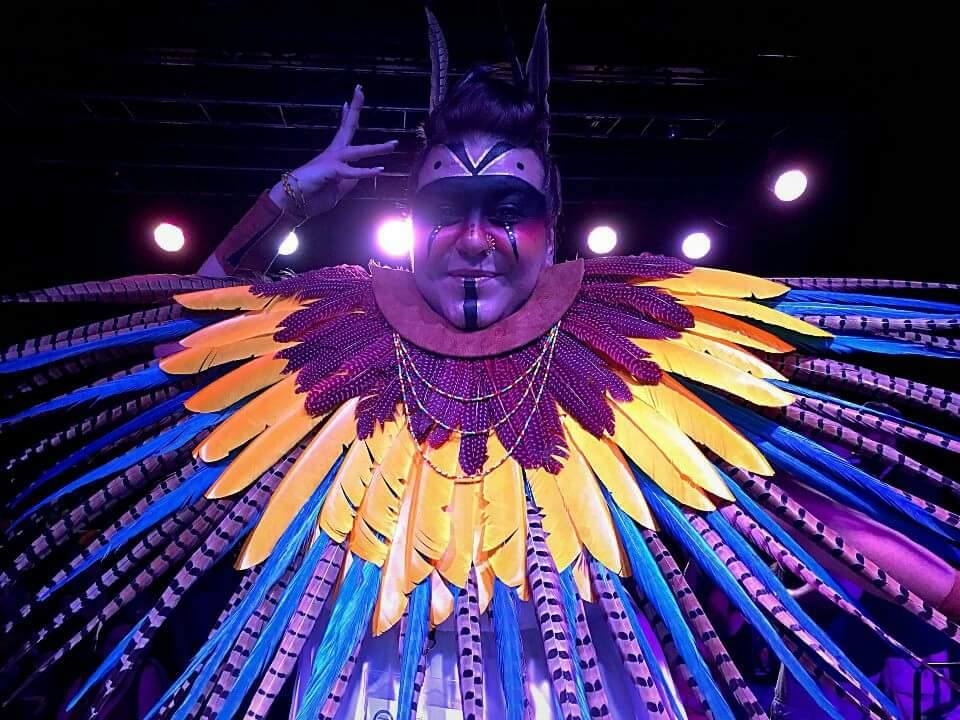 How I got bit by the “Beard Bug”

Bearding: a colloquial term used by the people involved with the growth, maintenance, and competitive aspects of having (or making) a beard. About two years ago I became involved with a group of local “beardos” centered around a company that made beard care products ( www.madvikingbeard.com ). I had known one of the owners’ sisters since high school, and was added to their club’s Facebook page. The people on the page seemed so genuine towards the other members that I was instantly drawn in. What really planted the “Beard Bug”, though, was when I attended my first beard competition. The stage was set in a large conference room of a casino in Pittsburgh. The moment you step foot into a room full of beards, the atmosphere crackles with personality. If you’ve never been to a beard competition, it’s difficult to describe the kind of people that attend. Imagine the most outgoing, warm, energetic person you know; now multiply them by 100+, and fill a room with them. These are performers of the utmost degree, though most of them hold day jobs having nothing to do with the entertainment industry.

It isn’t just men who compete with their genetically bestowed facial fuzz. Competitions include women, and children, who craft fake beards out everything imaginable. Whiskerinas, and whiskertots (the correct terminology for competitors that make fake beards) spend anywhere from hours to months making their competitive pieces. These beards are amazing wearable works of art. Not only do the competitors have to fashion something shock-worthy, but they also have to figure out how to attach them to their faces. This is no small feat, as some of these pieces weigh upwards of 20+ pounds. After competing for the first time, it was blatantly clear why these women spend so much time and effort to compete. It’s fun. Not only is it an exceptionally good feeling hearing rounds of applause for something you’ve created, but you’re also contributing to good causes. I’ve noticed in life that usually when you have a big group of people with giant personalities there’s always some kind of contention. I believe the reason this doesn’t happen in the bearding community is that everyone has a common goal. Every beard competition that I’ve been to has benefited a charity of that club’s choice. The charities range from children’s hospitals, to animal rescues, and everything in between. The camaraderie between competitors is truly astounding. Competitors travel long distances to attend some of these competitions, some even flying in from overseas.  People look forward to seeing each other, and there’s always a depressing realization afterwards that you may not see these wonderful people until the next competition (or even the following bearding “season”). This world of bearding is growing exponentially every day. This is becoming a counterculture that isn’t just about people growing facial hair; it’s the beginning of a movement. Bringing people together, giving them a chance to make a real contribution to their local communities, and having an incredible amount of fun is the bottom line.