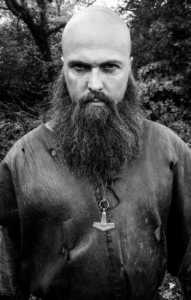 Hey, I’m Phil Rigney, and this is my Beard Growth Journey.

I started shaving when I was 12 years old and grew my first beard when I was 13. I’m a qualified electrician and I’ve only been clean shaven 6 times since 1996.  When I found the tv show Vikings was being filmed on my island (Ireland), I started growing my full beard long to audition. I’ve always wanted to be an actor but never had the confidence, but I found my strength and am proud to say that I’m on Vikings in seasons 3,4,5 & 6.  I’ve been to quite a few charity beard comps in England and America and have placed several times in the US.

My beard routine is as follows:

When I shower, I wash my beard with beard soap or beard shampoo.  I then towel dry my beard and put beard oil into it when it’s still damp. I either let it dry naturally or blow dry it on the lowest heat and then put beard balm into it when its dry…..

On the days when I don’t wash it, I would put beard balm into my beard….. It’s funny though, because I was always the only bearded friend that all my mates had till about 2013, and then suddenly most of my friends started growing beards, and I was always the one they contacted for advice on how to grow it.

Phil Rigney is a proud member of the official Mad Viking Beard Team, and when he’s not filming for the TV show Vikings, can be found somewhere deep in the forest of HIS Island (Ireland).